MATTHEW KALLIMAN'S WEBSITE
​Songs and Teachings of the Bible
​

Passover and the Days of Unleavened Bread

​"Therefore purge out the old leaven, that you may be a new lump, since you truly are unleavened.  For indeed Christ, our Passover, was sacrificed for us.  Therefore let us keep the feast, not with old leaven, nor with the leaven of malice and wickedness, but with the unleavened bread of sincerity and truth."

Jesus rose from the dead:

"Late on the Sabbath Day" (Harmony of the Gospels, A.T. Robertson) [Footnote reads, "The visit of the women to inspect the tomb was thus made before the Sabbath was over (before 6 p.m. on Saturday). . . .  It must be borne in mind that the Jewish first day of the week began at 6 p.m. on our Saturday."]

After the Sabbath, when it was dark (John 20:1), Mary Magdalene told Peter and John about the empty tomb.  She was confused, not grasping fully the angel's message she had heard earlier (John 20:1-2).  Peter and John ran to the tomb and found it empty (Luke 24:12; John 20:3-10).  John believed (verse 8).  The disciples returned home (verse 10) but Mary remained at the tomb (verse 11).  Then two angels appeared (verses 12-13) and Jesus Himself spoke to her.  She didn't recognize Jesus at first (verses 14-15).  After she realized it was Jesus and conversed with Him, she ran back to His disciples and told them about the experience, but most of them did not believe (verses 16-18; Mark 16:9-11); none of them understood as yet the Scriptures being fulfilled (verse 9).  All of this happened on Saturday night, after the Sabbath, during the Days of Unleavened Bread.

"And truly Jesus did many other signs in the presence of His disciples, which are not written in this book; but these are written that you may believe that Jesus is the Christ, the Son of God, and that believing you may have life in His name."

"For since by man came death, by Man also came the resurrection of the dead. For as in Adam all die, even so in Christ all shall be made alive. But each one in his own order: Christ the firstfruits, afterward those who are Christ's at His coming. Then comes the end. . . ."

In a comment on Matthew 28, the Oxford Annotated Bible (RSV) states, ​

"The sequence of events cannot be worked out.  Each account is a separate summary of early Christian testimony to the fact of Jesus' resurrection." ​ ​ 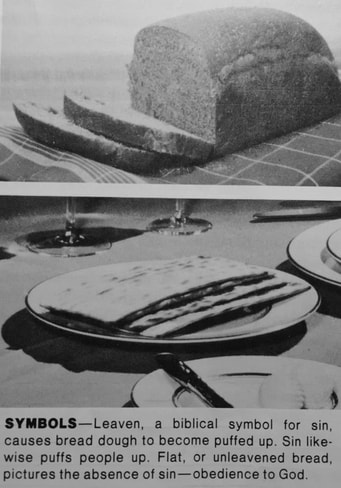