MATTHEW KALLIMAN'S WEBSITE
​Songs and Teachings of the Bible
​

The Bible is the Foundation of the Church

​" . . . the Lord testified against Israel and against Judah, by all of His prophets, every seer, saying, 'Turn from your evil ways, and keep My commandments and My statutes, according to all the law which I commanded your fathers, and which I sent to you by My servants the prophets.'  Nevertheless they would not hear, but stiffened their necks, like the necks of their fathers, who did not believe in the Lord their God.  And they rejected His statutes and His covenant that He had made with their fathers, and His testimonies which He had testified against them. . . .

​"Therefore the Lord was very angry with Israel, and removed them from his sight. . . ."

​" . . . they refused to heed, shrugged their shoulders, and stopped their ears so that they could not hear.  Yes, they made their hearts like flint, refusing to hear the law and the words which the Lord of hosts had sent by His Spirit through the former prophets.  Thus great wrath came from the Lord of hosts."

The prophet Daniel understood that the punishments which had come upon his people Israel were curses which had been written in the Law of Moses (Leviticus 26; Deuteronomy 28; 30:19-20).  In prayer to God Daniel said,

​" . . . O Lord, great and awesome God, who keeps His covenant and mercy with those who love Him, and with those who keep His commandments, we have sinned and committed iniquity, we have done wickedly and rebelled, even by departing from Your precepts and Your judgments.  Neither have we heeded Your servants the prophets, who spoke in Your name to our kings and our princes, to our fathers and all the people of the Land. . . .

"Yes, all Israel has transgressed Your law, and has departed so as not to obey Your voice; therefore the curse and the oath written in the Law of Moses the servant of God have been poured out on us, because we have sinned against Him.  And He has confirmed His words, which He spoke against us and against our judges who judged us, by bringing upon us a great disaster; for under the whole heaven such has never been done as what has been done to Jerusalem.  As it is written in the Law of Moses, all this disaster has come upon us; yet we have not made our prayer before the Lord our God, that we might turn from our iniquities and understand Your truth."

God answered Daniel's prayer by sending the angel Gabriel with the Seventy-Weeks Prophecy -- a Message about God's plan to make an end of sins, to make reconciliation for iniquity and to bring in everlasting righteousness through the Messiah who would come at the appointed time (Daniel 9:20-27).  God's Plan of Salvation for Mankind
​PRIESTS HELD RESPONSIBLE
​
God held the priesthood responsible for the corruption of Israel because they failed to teach the knowledge of God and His Laws to the people (Leviticus 10:10-11; Ezekiel 44:23).

"'For the lips of a priest should keep knowledge,
And people should seek the law from his mouth;
For he is the messenger of the Lord of hosts.
But you have departed from the way;
You have caused many to stumble at the law.
You have corrupted the covenant of Levi,'
Says the Lord of hosts.
'Therefore I also have made you contemptible and base
Before all the people,
Because you have not kept My ways
But have shown partiality in the law.' "

​That is why "the earth shall be full of the knowledge of the Lord as the waters cover the sea" ​(Isaiah 11:9).
GOD'S LAW IS GOOD
​

"Oh, that they had such a heart in them that they would fear Me and always keep all My commandments, that it might be well with them and with their children forever."

" . . . showing mercy to thousands, to those who love Me and keep My commandments."

"For out of Zion shall go forth the law,
And the word of the Lord from Jerusalem."

"And the government will be upon his shoulder. . . .
Of the increase of His government and peace
There will be no end,
Upon the throne of David and over His kingdom
To order it and establish it with judgment and justice
From that time forward, even forever.
The zeal of the Lord of hosts will perform this."

"He will be great, and will be called the Son of the Highest; and the Lord God will give Him the throne of His father David.  And He will reign over the house of Jacob forever, and of His kingdom there will be no end."

"Then the seventh angel sounded: And there were loud voices in heaven, saying, 'The kingdoms of this world have become the kingdoms of our Lord and of His Christ, and He shall reign forever and ever!' "

"And in the days of these kings the God of heaven will set up a kingdom which shall never be destroyed; and the kingdom shall not be left to other people; it shall break in pieces and consume all these kingdoms, and it shall stand forever."

"Then to Him was given dominion and glory and a kingdom,
That all peoples, nations, and languages should serve Him.
His dominion is an everlasting dominion,
Which shall not pass away,
And His kingdom the one
Which shall not be destroyed."

" 'Behold, the days are coming' says the Lord,
'That I will raise to David a Branch of righteousness;
A King shall reign and prosper,
And execute judgment and righteousness in the earth.
In His days Judah will be saved,
And Israel will dwell safely;
Now this is His name by which He will be called:

"THE LORD OUR RIGHTEOUSNESS
​
" 'Therefore, behold, the days are coming,' says the Lord, 'that they shall no longer say, "As the Lord lives who brought up the children of Israel from the land of Egypt," but, "As the Lord lives who brought up and led the descendants of the house of Israel from the north country and from all the countries where I had driven them." And they shall dwell in their own land.' "

"But you, Israel, are My servant,
Jacob whom I have chosen,
The descendants of Abraham My friend."

"I am the Lord, your Holy One,
The Creator of Israel, your King."

"European peoples had always lived with the hope -- sometimes faint but never absent -- that the Lord's promise in Isaiah and Revelation to 'make all things new' would some day be fulfilled.  And the very term 'New World,' which was used to describe the setting in which they were making their new beginning, was calculated to remind them of the Lord's promise.

"Since every Englishman had been taught from childhood to view the course of history as predetermined by God's overruling providence, no one could regard the colonizing activity in America as an ordinary venture.  As early as 1613, William Starchy was insisting that God had kept America hidden for a purpose. . . .  This purpose of necessity was related to God's final act of redemption, for this was the end toward which all history was directed. . . .

"Thomas Jefferson, Benjamin Franklin, John Adams and other members of the Constitutional Convention were as vigorous as any clergyman in asserting that the United States had come into being as a grand design of Providence. . . .  This faith of the new republic was neither sectarian nor parochial.  Its roots were Hebraic.  Its explication was cast in Hebraic metaphors -- chosen people, covenanted nation, Egyptian bondage, promised land.  Its eager millennial expectation was expressed in the vivid imagery of the Hebrew prophets." 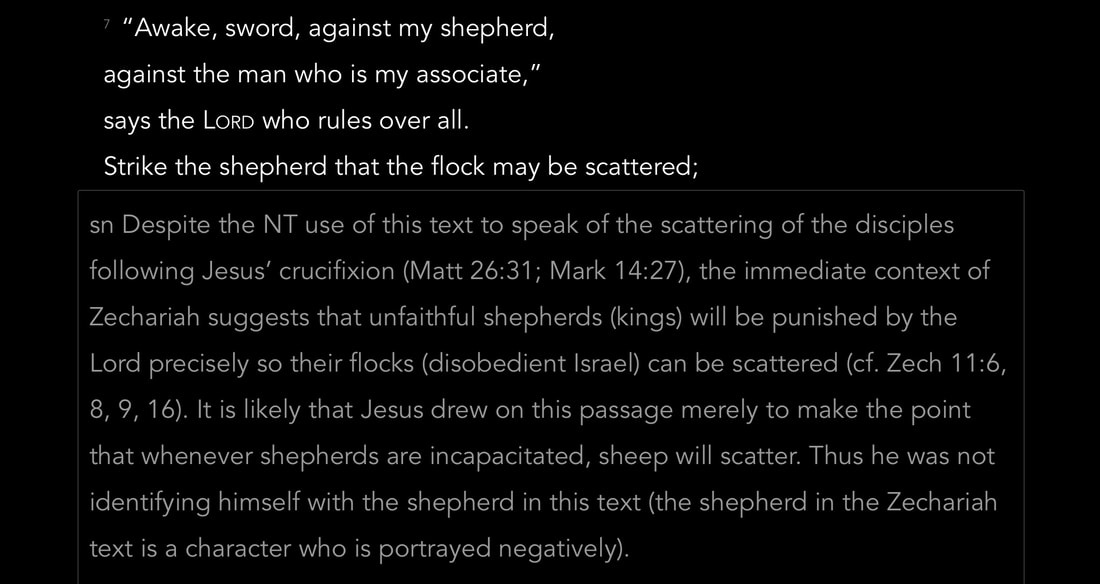 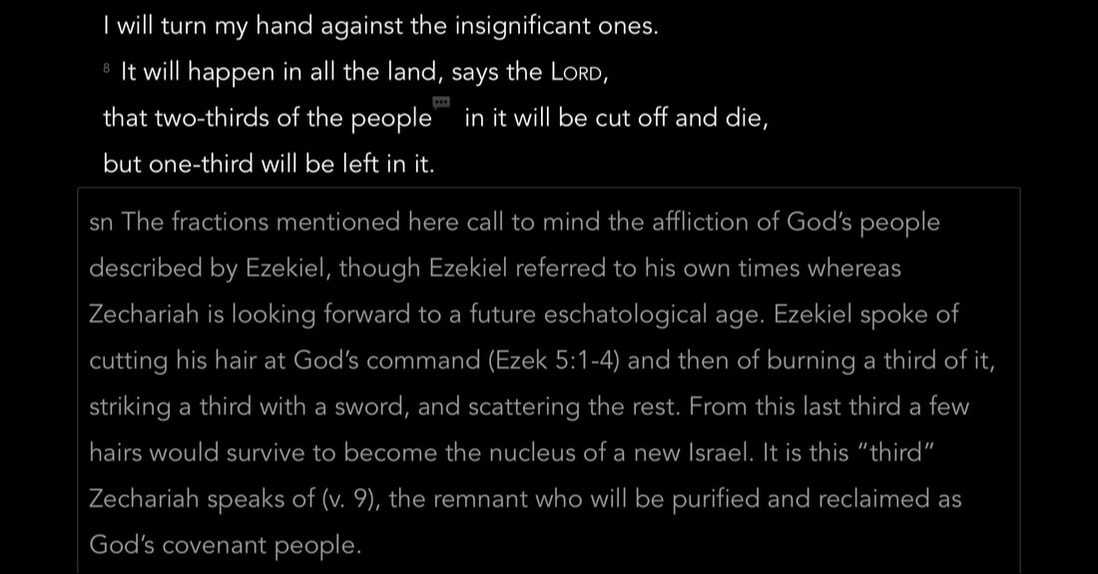 "And you will again obey the voice of the Lord and do all His commandments which I command you today.  The Lord your God will make you abound in all the work of your hand, in the fruit of your body, in the increase of your livestock, and in the produce of your land for good.  For the Lord will again rejoice over you for good as He rejoiced over your fathers, if you obey the voice of the Lord your God, to keep His commandments and His statutes which are written in this Book of the Law, and if you turn to the Lord your God with all your heart and with all your soul."